ASCO and its member institutions embrace the concepts of diversity and multiculturalism in optometric education and in the profession. Led by the Diversity and Cultural Competency Committee (DCCC), ASCO has been implementing a multiyear project focusing on cultural competence to assist the schools and colleges of optometry in the preparation of a diverse pool of optometric clinicians who will be ready to address the vision and eyecare needs of a diverse, multicultural and global community.

In 2014 the DCCC launched the ASCO Cultural Competency Case Study Competition. Optometry students and residents were encouraged to submit case studies in cultural competence that could be utilized during on-site workshops and in the curricula of the schools and colleges of optometry. In an effort to expand the case compilation and ensure current material, the competition has been conducted in 2014, 2015 and 2021.

The latest competition was open to optometry residents during the 2020-2021 residency year. Entrants were asked to describe how cultural competence played a role in a patient-based encounter during their clinical education. The case studies augment the ASCO Guidelines for Culturally Competent Eye and Vision Care, and faculty members and institutions are encouraged to use the case studies as tools to help educate students about cultural competence and promote it in the clinical setting and across the curriculum.

You can find the case study compilation at ASCO’s website.

The winning entry from the 2021 competition, Navigating the Gray Area of Mental Illness in Health Care, by Quan Dao, OD, appears below.

Navigating the Gray Area of Mental Illness in Health Care 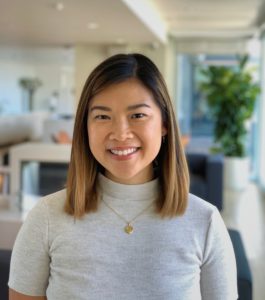 Poor mental health has become one of the leading causes of disability in the United States. Prior to the COVID-19 pandemic, it was estimated that 1 in 4 Americans had a mental-health disorder, most commonly anxiety or depression.1 During the pandemic, mental health was tested even more. Mental illness has been shown to be closely linked to conditions such as hypertension, diabetes, cancer, and other chronic diseases.2 Although optometrists primarily treat and manage ocular conditions, we must take into consideration the patient as a whole person.

Getting “a Good Night’s Rest” was the Wrong Prescription

In my first month of residency, a 53-year-old White male was added to our medical eye clinic schedule as an “urgent care” case. He was complaining of eye pain and irritation. His records showed multiple visits to our dry eye clinic during the previous year, and his medical history included prior antidepressant use, recurrent skin lesions on his face and neck, and high blood pressure. Immediately after we walked into the exam room, the patient rustled through his backpack and pulled out an assortment of items, including a thick notepad and a plastic baggie filled with eye sprays and over-the-counter artificial tears, all previously unsuccessful at relieving his symptoms. His first question was to ask my name. He wrote my name and drew a dark line underneath. He took attentive notes throughout the exam.

I asked questions about his pain, the duration, context, positive symptoms, negative symptoms, etc. He proceeded to pull items from his baggie one by one and explained when and how he’d been using all of the drops, eyelid sprays, and warm compresses with little improvement in symptoms. He was extremely anxious and uncomfortable throughout the whole case history. His incoming visual acuities were 20/20 in each eye. Upon examination, his eyes were white, quiet, had no corneal fluorescein staining, and had adequate meibomian gland expression on palpation with just a few capped glands. The non-mydriatic 90D examination was unremarkable. His Schirmer test results were 3 mm OU, suggesting aqueous-deficient dry eye, which had not been documented previously. After discussing my findings with him, I dispensed a 30-day sample supply of a prescription cyclosporine eye drop and told him to continue his current dry eye regimen and we could follow up in 1 month.

Two weeks later, while I was on call, he called our emergency line and I immediately recognized the name. He reported “severe eye pain” that had been keeping him up for the past three nights. The only things that helped were taking melatonin and a medication for anxiety, but even then, he slept for only about 30 minutes the night before. He seemed extremely distressed on the phone and said he was almost ready to “check himself into a mental-health facility.” While I was on the phone, I asked myself many questions, wondering whether I had missed something serious during his exam. What could possibly cause such severe eye pain that the patient is unable to sleep through the night? But after further questioning, it just seemed like his eyes were dry. He denied any photophobia, decrease in vision, or eye redness. He described what he was experiencing as extreme grittiness and dryness that had been causing him extreme distress. After reassuring him that it was not an ocular emergency, I encouraged him to try to get a good night’s rest and we could meet the next morning.

He arrived with his notepad and baggie in hand. Once again, his incoming visual acuities were 20/20 in each eye. His eyes were white and quiet, his corneas were clear, and his posterior segments were unremarkable. At this point, I felt like I’d exhausted all my options. I knew he wanted an answer, but I couldn’t attribute any ocular signs to his severe symptoms. After lengthy discussion and constant reassurance that his eyes were healthy, I suggested that instead of exploring the idea that the dryness was the reason for lack of sleep, that he should contact his primary care physician to consider medication for insomnia or anxiety. That conversation did not go well. He called me dismissive and pointed out that I was downplaying his symptoms. He called me out on exactly what I was thinking: that his eyes were not dry at all, that instead he had obsessive-compulsive tendencies, or that underlying anxiety, stress, or depression could be the cause for his insomnia. I felt terrible about these assumptions.

The Toll of Mental-Illness-Related Stigma

Studies have also shown that healthcare providers are guilty of having “implicit biases,” which are unconscious stereotypes and attitudes that we develop toward certain groups of people, that can affect doctor-patient relationships and care decisions.6 For example, one study demonstrated physicians were less certain of the diagnosis of coronary heart disease for middle-aged women, who were then twice as likely to receive a mental-health diagnosis than their male counterparts.7 Another study surveyed medical residents about their attitudes toward patients with and without a label of “psychiatric illness” and their willingness to treat them. Residents who were told their patient had a psychiatric illness were less likely to want to treat the individual and be involved with them in various ways.8 While characteristics such as age, gender, race, and prior medical history are necessary to paint a patient’s history, they should not alter the kind of care a patient receives.

“Diagnostic overshadowing” is a process by which physical symptoms are misattributed to mental illness.9 I found myself overshadowing, assuming that my patient’s symptoms were less than what they could be and that his mental health was the main contributor to his insomnia. Although it is often unintentional, discrimination remains a major hurdle to quality care, treatment, and recovery. Discrimination occurs not only in cases of mental illness, but also in cases where others have different identifying factors than us, including race, ethnicity, religion, sexual orientation, or socioeconomic class. I took a step back and asked myself how I could be failing my patient and displaying my implicit bias regarding mental illness.

I felt that I owed something to my patient, so I researched other potential causes for his ocular condition. I began reading case-study articles, discussing with my mentors, and asking ophthalmologists for their opinions on this case. My attending printed out a paper published in 2017 by Dieckmann et al. studying patients with “neuropathic corneal pain.”10 The condition exactly mimics the signs and symptoms of my patient, a pain that was out-of-proportion to the signs. After reading more about this condition, I regretted brushing off my patient’s symptoms as anxiety-related. I felt guilty about it and knew I would for a long time.

He came back to the office for another follow-up appointment, and his signs and symptoms were unchanged. This time, I had a different attitude. I excitedly presented him with some new possible causes for his symptoms and explained there could be an alternative solution to his pain. I proposed the Proctor Group Foundation, an interdisciplinary team of ophthalmologists that specializes in investigating rare, atypical ocular diseases. He was ecstatic at the idea. It validated his feelings, and he finally felt a sense of hope and direction. He had shared his frustrations with doctors who were unable to give him answers to his questions, and instead cycled him through temporary symptom relief and a refusal to investigate further. This was the first time in years he felt listened to.

It takes mental effort to unlearn implicit bias, to make it a habit, to build discipline, and to be more inclusive. Many of us will go through continuing education, diversity and inclusion training, sexual harassment training, and more, but are we putting in the mental effort to consciously dismiss stereotypes and eliminate assumptions about others? As doctors, it is our duty to deliver impartial care to all, and we should be aware of any negative associations that are linked to a particular group. We must ask these questions when we find ourselves in these gray areas: “Am I taking any shortcuts? Jumping to any conclusions? Have I done the research to familiarize myself with this specific group of people?” Not one of us can completely solve this problem, but all of us can be part of the solution with conscious and active mental effort.

Learning and Teaching about Diversity and Cultural Competence: a Continuum

On Diversity in Optometry,
Progress, but More Work to Be Done 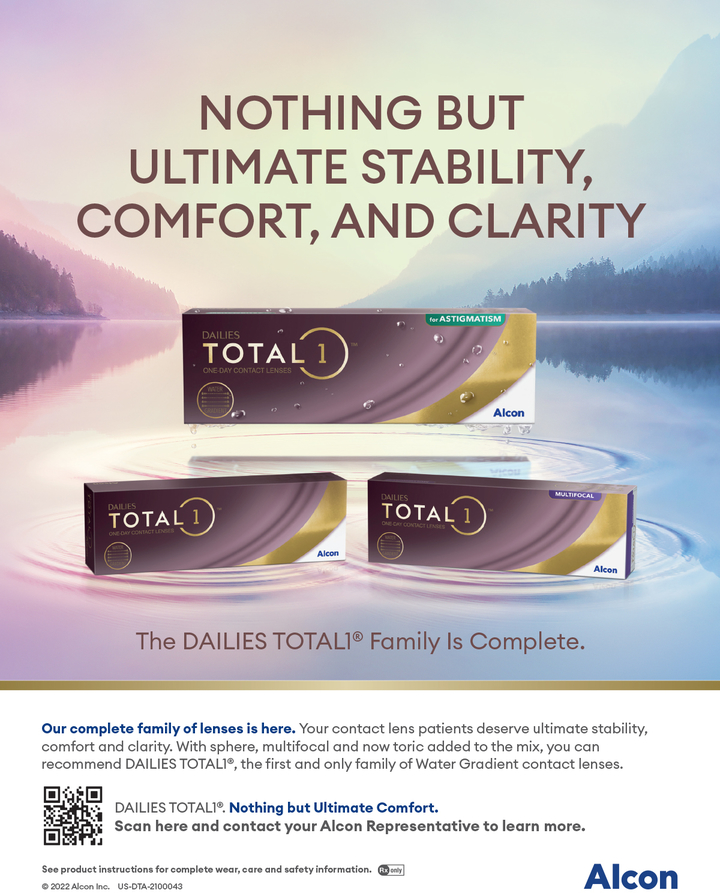