Active engagement of students can be helpful in enhancing learning and improving critical-thinking skills.1 Writing is one method of active engagement that has been used in optometric education2-4 and other applied science disciplines, such as engineering.5 Kidder and Todd6 observed that “Writing remains the best route we know toward clarity of thought … .”

I have assigned writing projects in a number of basic science and clinical courses in my 35 years of teaching at Northeastern State University (NSU) and Indiana University (IU). Here, I briefly describe five different writing assignments I have required, some of which are likely unique.

The ability to read and critically evaluate the optometric literature is a valuable skill for our students to possess. In ocular motility and visual optics courses at NSU, I required students to summarize and critically evaluate one or two published papers. This project was similar to one required by Hofstetter.2 I asked students to write an abstract of the article, no longer than one single-spaced page. They were asked to briefly summarize the hypothesis, methods, results and conclusions of the study. Then they were to give their evaluation of the methods and conclusions of the paper, note their thoughts on whether there might be any alternative explanations for the results, and give their suggestions for clinical implications of the paper. In some years I gave them a list of articles to pick from; in other years they chose their own articles after doing their own search for articles pertinent to course topics. Topics of ocular motility articles used for the assignment included relation of accommodative facility to symptoms, effect of proximity cues on accommodation, variables affecting fixation disparity curves, dissociated phoria distribution curves, convergence accommodation, effect of training on vergence parameters, innervation to accommodation, vestibulo-ocular reflex, and latent nystagmus.

Letter to a Visual Optics Pioneer

In a few of the years I taught visual optics, a first-year course, I asked the students to imagine they could write a letter to a person from the early 20th century or before who had made important discoveries or did classic studies in the optics of the eye and its application to vision care. They could choose from Airy, Badal, Donders, Fincham, Gullstrand, Helmholtz, Javal, Kepler, Placido, Purkinje, Scheiner, Tscherning, Ware or Young. Once they made their choice, I gave them a packet of information about that individual and his work. The students were asked to write about how that person’s theories had been proven, disproven, expanded or modified since they were proposed and how the discoveries had been applied in clinical techniques, instrumentation or methods of diagnosis. The length of the papers was to be between one and a half and four double-spaced pages. Some of these papers were entertaining and inventive and showed the beginnings of an appreciation for how basic science can translate to improvements in clinical care. For example, among the matters discussed in one letter to Thomas Young were his double slit experiment and the fact that laser interferometry has since been used to predict visual acuity after cataract surgery; his experiments on accommodation and that he was correct about many aspects of accommodation; and that the cornea was a greater contributor to astigmatism than Young had thought.7

I have taught courses on analysis of accommodation and vergence disorders at both NSU and IU. Each time, I required some type of written case report. The course as currently structured at IU includes the learning of testing procedures as well as the diagnosis and management of non-strabismic accommodative and vergence disorders. For the case report project, the students were required to work in pairs and perform the tests they learned in the course on each other. In the case report, they submitted their test results and indicated which test findings were within normal ranges and which were not. They were asked to write a brief narrative about their accommodation and vergence diagnosis, especially the steps in their thinking that led them to the diagnosis. Their report also was to include their treatment plan and the rationale behind it. Students were advised that normal was an acceptable diagnosis and that for grading purposes a reasonable rationale was more important than their particular diagnosis.

For several years at IU, I taught a course that included the nature and development of refractive error as a major topic. In that course, I required students to write a paper, two to four double-spaced pages, about their own refractive care as a patient and relate that to the trends, studies and theories discussed in class. They were instructed to explain how they first became aware they had a refractive problem, their symptoms before wearing spectacles, their first experiences with spectacles, how what they were able to see and do changed with spectacles, etc. They were encouraged to ask their optometrist for records of their own refractive errors. Students with myopia could then compare their own rates of progression to the rates from various studies covered in the course. They could also discuss their family history of refractive error and other hypothesized risk factors. Students who were emmetropic and had little previous optometric care had to be a little more inventive, but could, for example, write about the refractive history of a family member. This course was given before students had entered clinic, and I believe this project made some of the information covered somewhat less abstract, as they related course material to their own experiences.

Report on “Fixing My Gaze”

For three of the years in which I was one of the instructors in the vision therapy course at IU, I required the students to read the book “Fixing My Gaze” by Susan Barry,8 a neurobiologist who first experienced stereopsis after undergoing vision therapy in her 40s. In the book, Barry writes about the impact of improved binocular function on visual experience, challenges dogma on critical periods, and discusses the importance of detecting and treating binocular disorders for school performance. I asked students to write answers to specific questions about the book in about one single-spaced page. I changed the questions from year to year. Questions included what about the book they found surprising, what lessons for patient care they learned, why they would or would not recommend the book to others (almost all did recommend it), what they learned from the book that would affect how they would practice optometry in the future, and some ways in which vison therapy improved quality of life and visual performance that were discussed in the book. This was a popular assignment with many students as they found the book enjoyable to read and inspiring. For example, one student wrote that because of reading the book, he had a “new appreciation of our impact as optometrists.”9 Several students commented that it was interesting to read about the patient’s perspective.

Even though optometry students are busy with heavy course loads, I believe their reactions to these writing assignments were in balance positive. Also, the level of thought that was apparent in many papers suggested that students gained more insight than they would have if they had been only studying for tests. I attempted an objective evaluation of one of the assignments in December 2014. In a brief survey, more than 80% of the 64 responding students agreed or strongly agreed that the case report project helped them to correlate different concepts presented in the course and that they learned enough from it to recommend it should be done by students taking the course the next year.

Dr. Goss is a Professor at the Indiana University School of Optometry.

Should We Require Class Attendance? 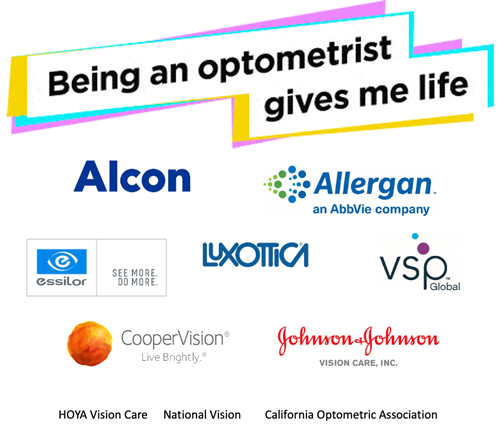