You are here: Home » » Current Issue » Why Tenure is Important 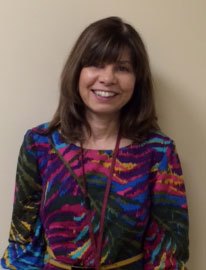 The American Association of University Professors (AAUP) defines a tenured appointment as “an indefinite appointment that can be terminated only for cause or under extraordinary circumstances … .”1 The AAUP further defines tenure as “a means to certain ends; specifically: (1) freedom of teaching and research and of extramural activities, and (2) a sufficient degree of economic security to make the profession attractive to men and women of ability.”2 The AAUP has been involved with setting standards and guidelines for higher education since 1915. In the late 19th century and early 20th century, faculty members were at risk of being terminated for teaching or voicing views that may not have been in agreement with the institution’s administrators or board of trustees. As faculty members, we all have a responsibility to advance, transmit, disseminate, interpret and apply knowledge. Academic freedom in research and teaching allows educators to fulfill their responsibilities without the threat of retaliation. Tenure with the goal of academic freedom has impact on student learning, society and the advancement of a profession or discipline.

In 1940, the AAUP and the Association of American Colleges and Universities jointly formulated the Statement of Principles on Academic Freedom and Tenure. This standard for tenure has been widely adopted by colleges and universities.1 The standard includes a probationary period of usually seven years before the final tenure decision.3 Denial of tenure at some institutions can lead to a terminal contract. The criteria for tenure vary among institutions and are usually demanding, requiring excellence and significant accomplishments in scholarly activities, teaching and service. Usually faculty set the criteria for tenure with approval from the governing administration or board of trustees. In addition to excellence and significant accomplishments, momentum for continued productivity throughout a faculty member’s career is also taken into consideration. Securing tenure brings rewards of academic freedom and due process. However, it also brings a moral obligation of collegial support, a high level of performance and productivity.

No Shortage of Debate

Debates about the merits of tenure are plentiful in the literature. Some of the arguments against tenure are the potential of publishing insignificant research just to acquire a sufficient number of publications, negative consequences of a “job for life,” and the creation of a divide among faculty members. Negative consequences of a “job for life” might include, over the course of a career, decreased productivity or motivation for scholarship, teaching or service-related activities. However, tenure does not ensure a job for life. Tenure ensures that due process is followed in the event of termination. Termination of a tenured professor usually occurs with evidence of incompetence, unprofessionalism or extenuating circumstances such as significant financial exigency.1

Arguments supporting tenure include the potential for increased ability to recruit and retain faculty members, academic freedom, job security and a higher level of productivity. The culture of academia supports the concept of tenure in higher education and optometric education. The Association of Schools and Colleges of Optometry (ASCO) reports that 19 out of the 23 member optometry schools in the United States and Puerto Rico offer tenure to optometric faculty.4

Tenure is Preferable to Long-Term Contracts

Within an institution, administrators come and go, and every four years a new cadre of students enrolls, but the faulty represent the mainstay of the educational process. The faculty at most institutions is comprised of many unique individuals all contributing important skills and talents to create a sustainable learning environment. Each faculty member of an institution is integral to the educational process and valuable. ASCO reports that of the 638 full-time optometric faculty, 223 (35%) are tenured, 107 (16.8%) are in the tenure track, and 308 (48.3%) are not in the tenure track.4 The tenured faculty can offer continuity and stability to an institution. Academic freedom allows faculty to take risks and think outside the box. Furthermore, it allows a system of checks and balances, whereby faculty have the opportunity to evaluate and challenge academic and administrative policies. Job security and the assurance of due process are reassuring to faculty and therefore have the potential to increase productivity.

From my observations, the tenured faculty form a core group of faculty who are dedicated, hardworking and successful. Their expertise and experience support them as leaders and mentors for the institution and the profession. To reach high educational standards and maintain quality for future generations of students and faculty, we need to support the stability and productivity of the tenured faculty.

The argument has often been made to replace tenure with long-term contracts. Although at some institutions long-term contracts can be a viable option, these contracts do not necessarily protect a faculty member from a lack of due process upon termination or safeguard academic freedom. Additionally, the intrinsic motivation to be successful and the sense of accomplishment in achieving tenure may be missing in long-term contracts.

In 2009, I achieved tenure status. This accomplishment came with an enormous sense of responsibility. I viewed it as an acknowledgement of my accomplishments and the ultimate compliment. My institution believed in me enough to grant me this status; therefore, I needed to be more productive than previously, an exemplary role model and an even stronger advocate and supporter of the college.

Why is tenure important? To answer this question I asked myself: Would I be comfortable writing this editorial if I were not a tenured professor?

Dr. Denial, Editor of Optometric Education, is a Professor and Chair of the Department of Primary Care at the New England College of Optometry and a Clinical Instructor at a community health center in Boston.

A Digital Means to an Analog End?